Archbishop Peter A Comensoli has written to all members of the Catholic community in the Archdiocese of Melbourne expressing grave concerns about the State Government’s proposed new legislation, the Equal Opportunity (Religious Exceptions) Amendment Bill 2021.

In the letter, the Archbishop explained that the proposed changes will significantly impact all faith-based organisations in Victoria who will no longer be able to employ staff who hold the same religious beliefs and values unless they can prove that it is an “inherent requirement” of the job.

‘The Victorian Government is depicting this Bill as merely a protection against discrimination in religious settings,’ the Archbishop said. ‘Sadly, however, this is a seriously far-reaching law that will limit faith-based organisations from managing employment matters according to their faith, conscience and values.

“The legislation is a serious overreach of the Government into the rightful freedoms of Victorian faith-based organisations.”

Archbishop Comensoli said this was ‘another sad example of people of faith and the freedom of religious organisations being unfairly targeted.’

‘Across all areas of society, Catholics run organisations with an open and inclusive commitment to people in their care. Our excellence in the provision of services is recognised by many – evident in the large numbers of students attending Catholic schools and educational institutions.

‘Currently, Catholic organisations, including our schools can freely employ those who share our religious beliefs, values and ethos. However, the Victorian Government has introduced legislation seeking to change this,’ Archbishop Comensoli said.

The Archbishop warned that if the Bill passes, it will affect all religious organisations across Victoria, who will be limited in their ability to employ staff, run their schools and provide other services that adhere to their faith, values and ethos.

‘The example has been given that in a religious school, the only roles where religious beliefs might be an “inherent requirement” of the job include positions of senior leadership (e.g., a principal) or religious education teachers.

“What the Government fails to understand is that faith is holistic – it affects the way we see the world and conduct our lives. Faith is part of the very make-up and fabric of each school. It is entirely reasonable and fair that religious bodies should be able to preference those who share their beliefs and values in their own private employment matters.”

‘I do not believe it is in anyone’s interest in the long term for a secular power to make such a determination for religious organisations. The role or importance of faith in a faith-based organisation cannot be relegated to a bureaucrat or a secular court.’

The Archbishop encouraged the community to join him in expressing their concerns about the Bill and the introduction of an “inherent requirement” test by contacting local and federal Members of Parliament.

The Bill is expected to be debated in Parliament next week with the Government already expressing its full support to the proposals.

One thought on “Proposed Bill a ‘serious overreach’: Archbishop Comensoli” 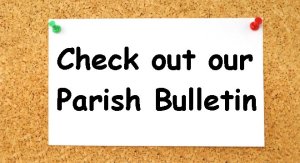 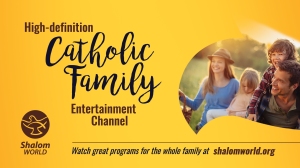